Posted on August 1, 2012 by mike
Posted in Uncategorized | Leave a comment

Posted on July 1, 2012 by mike
Posted in Uncategorized | Leave a comment

My cousin, Jeff, a 767 f/o for AA, and I, flew his PA-11 from Dallas to Phoenix with the intention of flying it to Puerto Penasco under Baja Bush Pilots insurance. We ran into a snag with the underwriters who just recently changed their rules on Mexican liability policies. They are refusing to insure ANY airplane over 50 years old for ops in Mexico. This will disqualify 50% of the entire membership of BBP. They are working on getting a new vendor that will insure older airplanes and should have this resolved soon. In the meantime, we drove my truck and took some models w us. Had a blast. Can’t wait to do Sonora and Baja in the PA-11 with some beach landings along the way.

Posted on May 10, 2012 by mike
Posted in Uncategorized | Leave a comment

Flying the RV-6 to Baja

Flew the RV-6 to San Felipe, Baja, Mexico on Cinco De Mayo with my pal, Todd Stoller. Cab driver told us about an authentic Mexican cockfight tournament that was going down so we went and had a few beers and tacos. It was rooster thunderdome in there: bloody, brutal, an all out metaphor for the current state of affairs in many parts of that country right now. The port of entry was well run and efficient, though. No paperwork problems or bribery with the Commandante, really smooth. Beaches were nice and the nightlife was, ahem, “lively”. It was great to get acquainted with S. F. as this is the best entry point for deeper forays in Baja like Loreto and Cabo which are both on my list as soon as summer winds down. 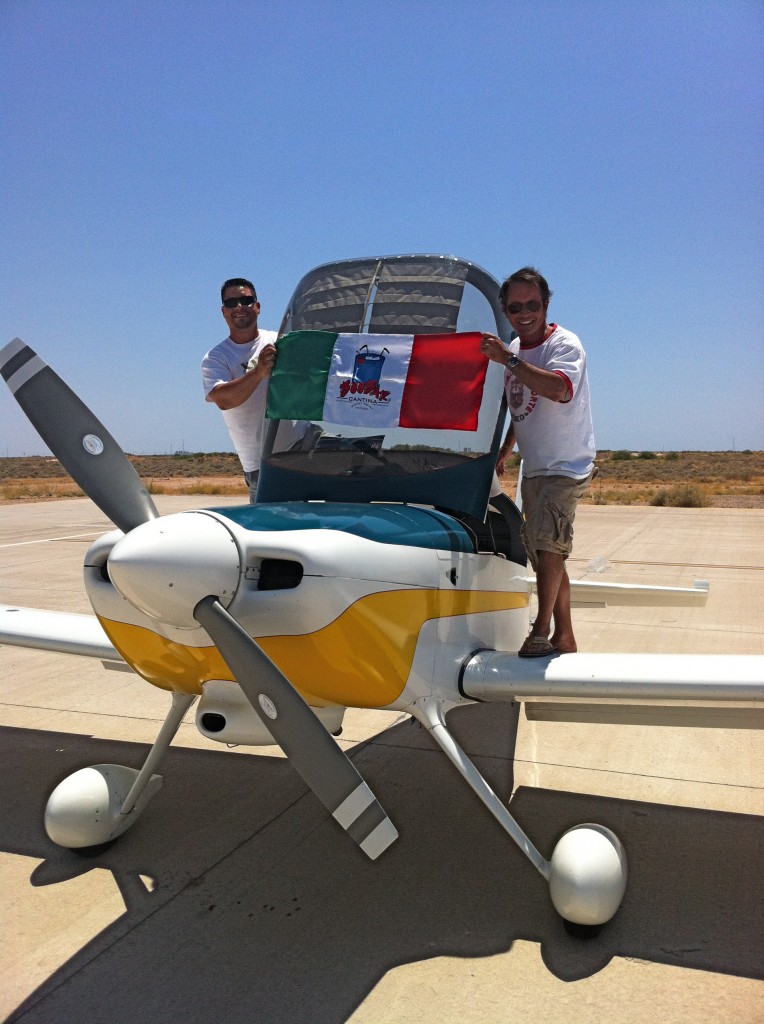 With Jose Flores from "Boo Bar" before him and I buzzed his cantina at 200 kts...

I joined a group based out of Phoenix called “Baja Bush Pilots”. They put together mass general aviation flying events to Mexico and beyond and help individual pilots get Mexican liability insurance and the required documents to enter S. America. So, Dad and I flew his RV-6 down to the new Cortes De Mar International Airport in Puerto Penasco as a trial run. It was a snap: no mordida, no bribes. Everyone from the Commandante to the girls in Customs were amazingly helpful. It was nothing like the days in the 1980s when we would fly my uncle’s Navion to Mexicali to enter and have to pay off everyone in sight. We wanted to continue the next day to the beach town of Bahia Kino near Hermosillo but were told that the Mexican military authorities had closed the airport to foreigners because of Narco operations in the area. Great trip, though. Planning a run to Guaymas next week… 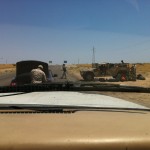 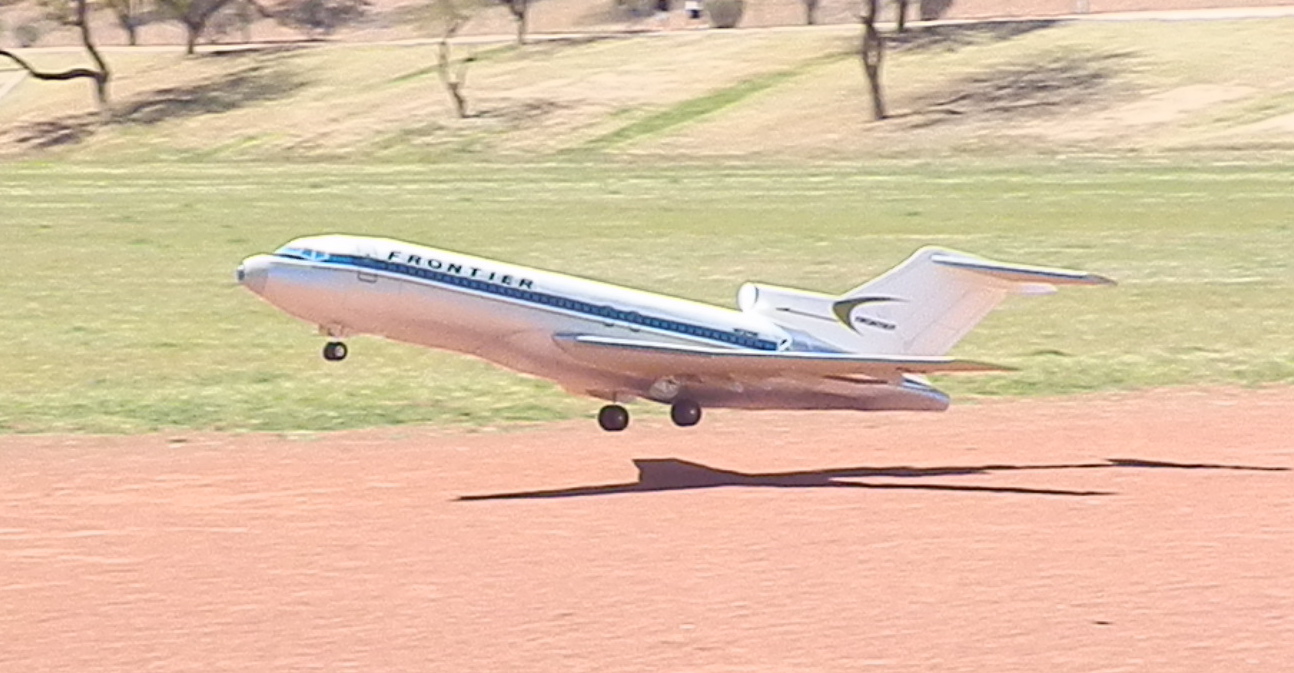 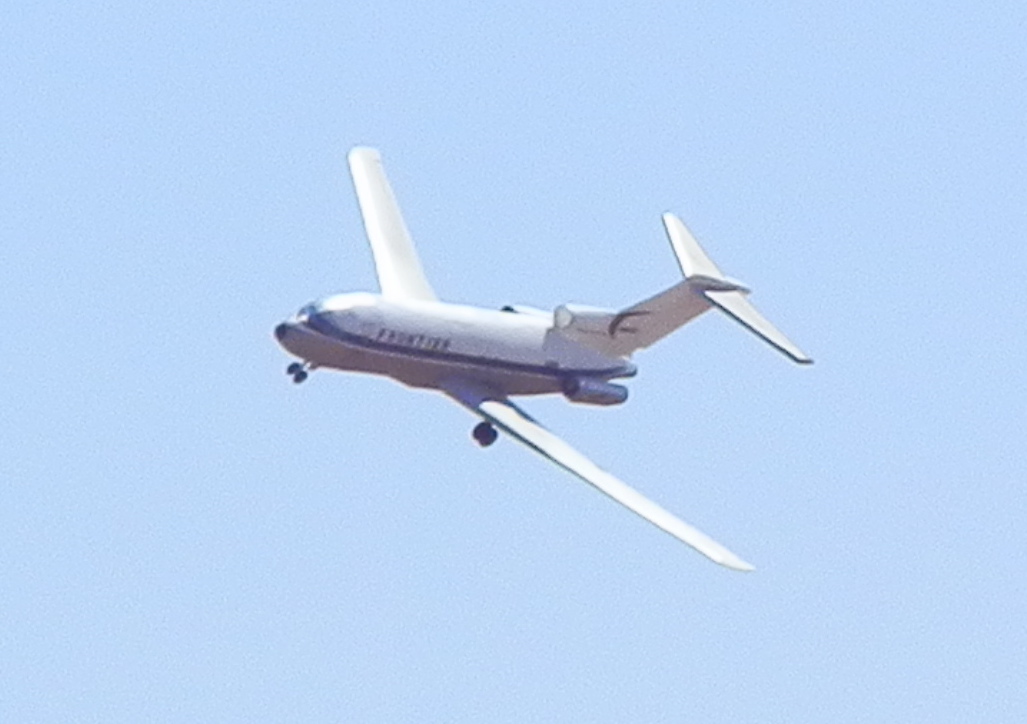 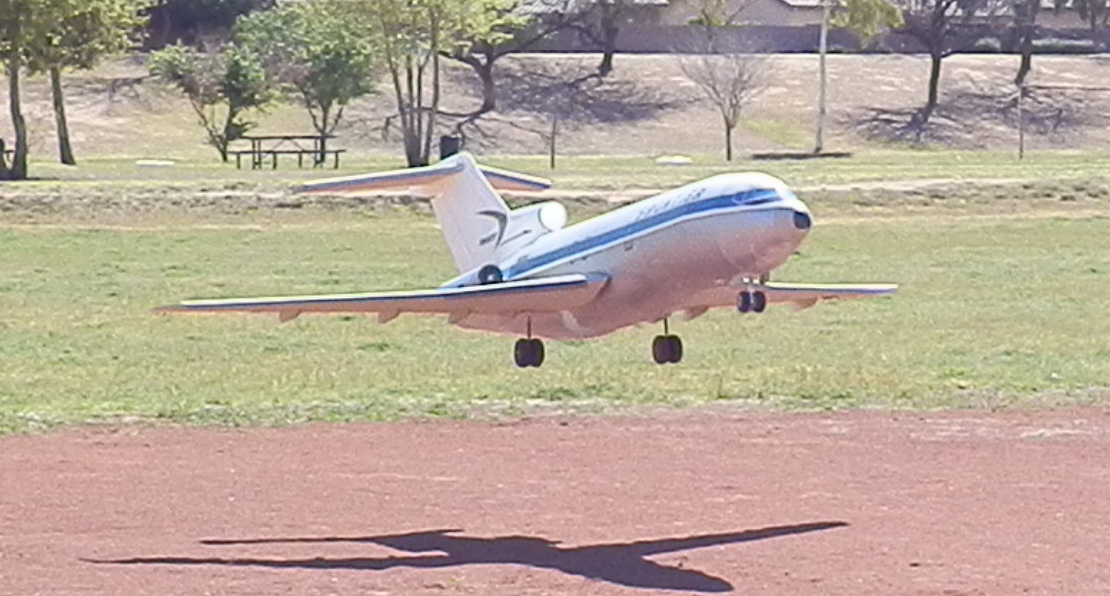 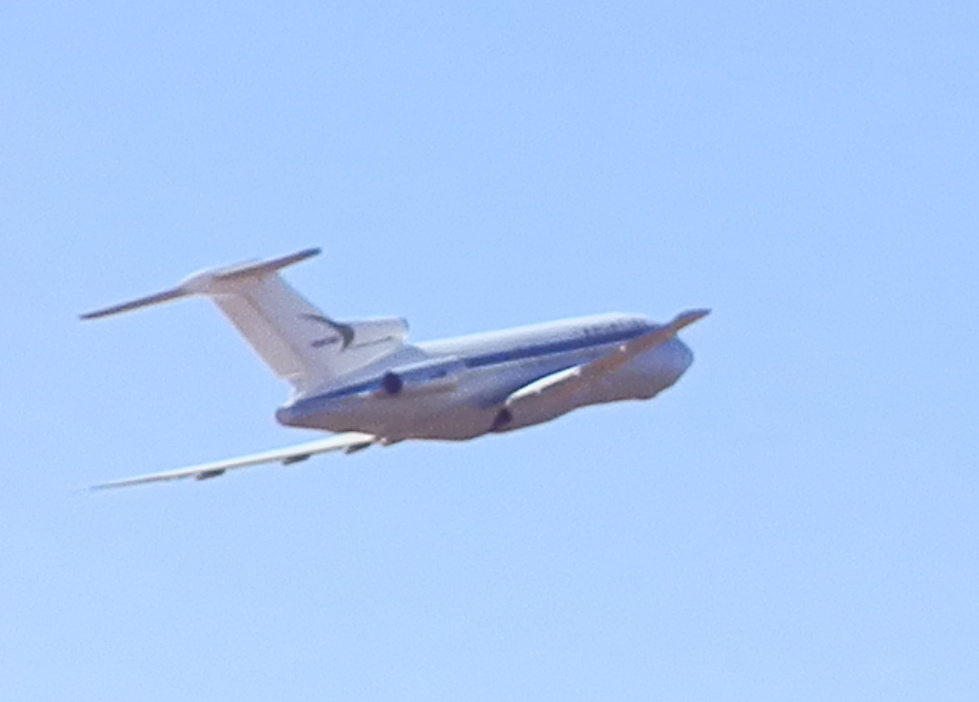 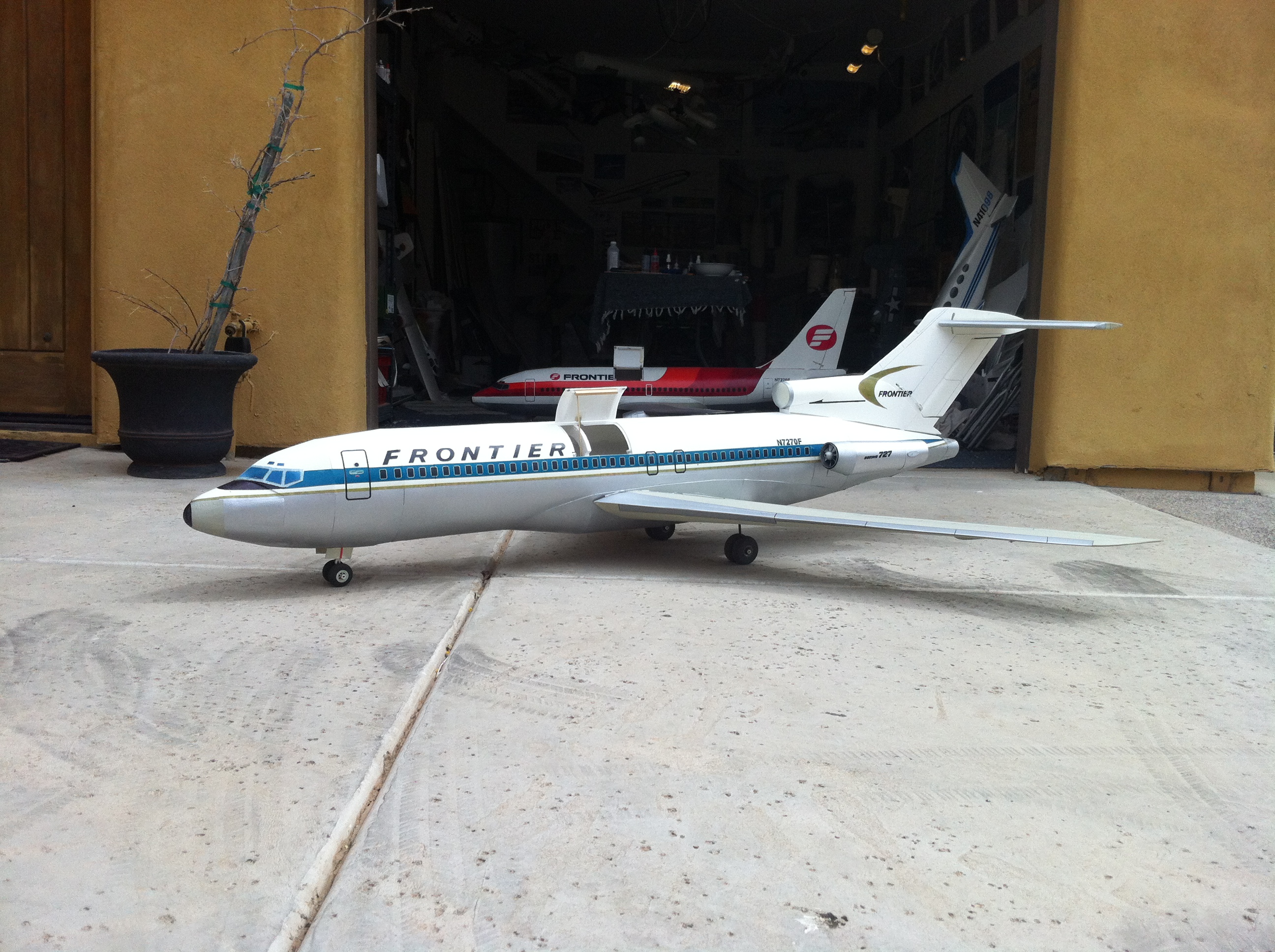 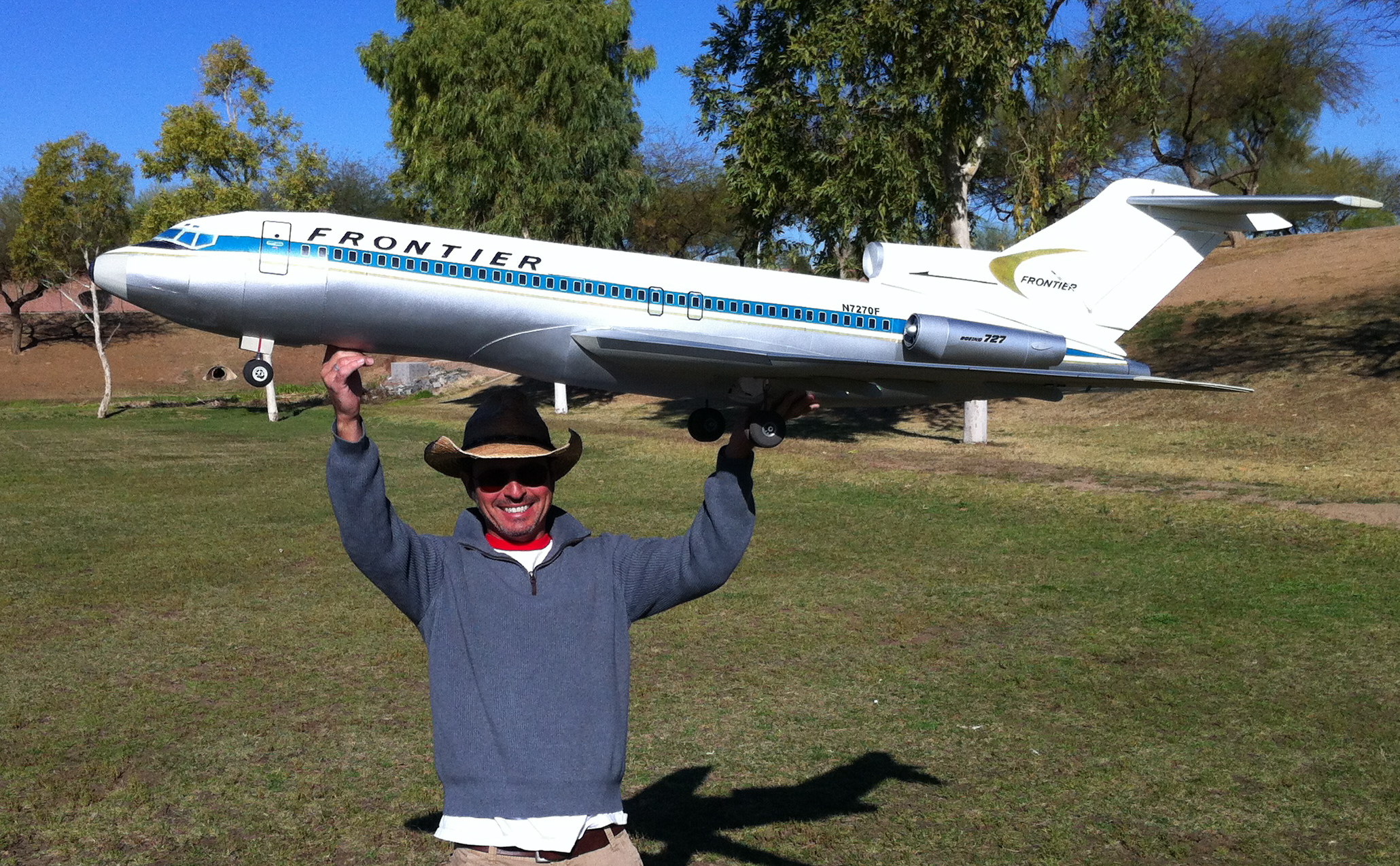 This is my latest creation using the card model patterns utilized in my Braniff 727-100 from 2007. This one has Eflite retracts and much smaller fan diameters giving the model a more scale, turbojet look. The video explains the powerplants and packs. Flies great and can damn near thermal in light lift. Weighs 3.5 lbs. 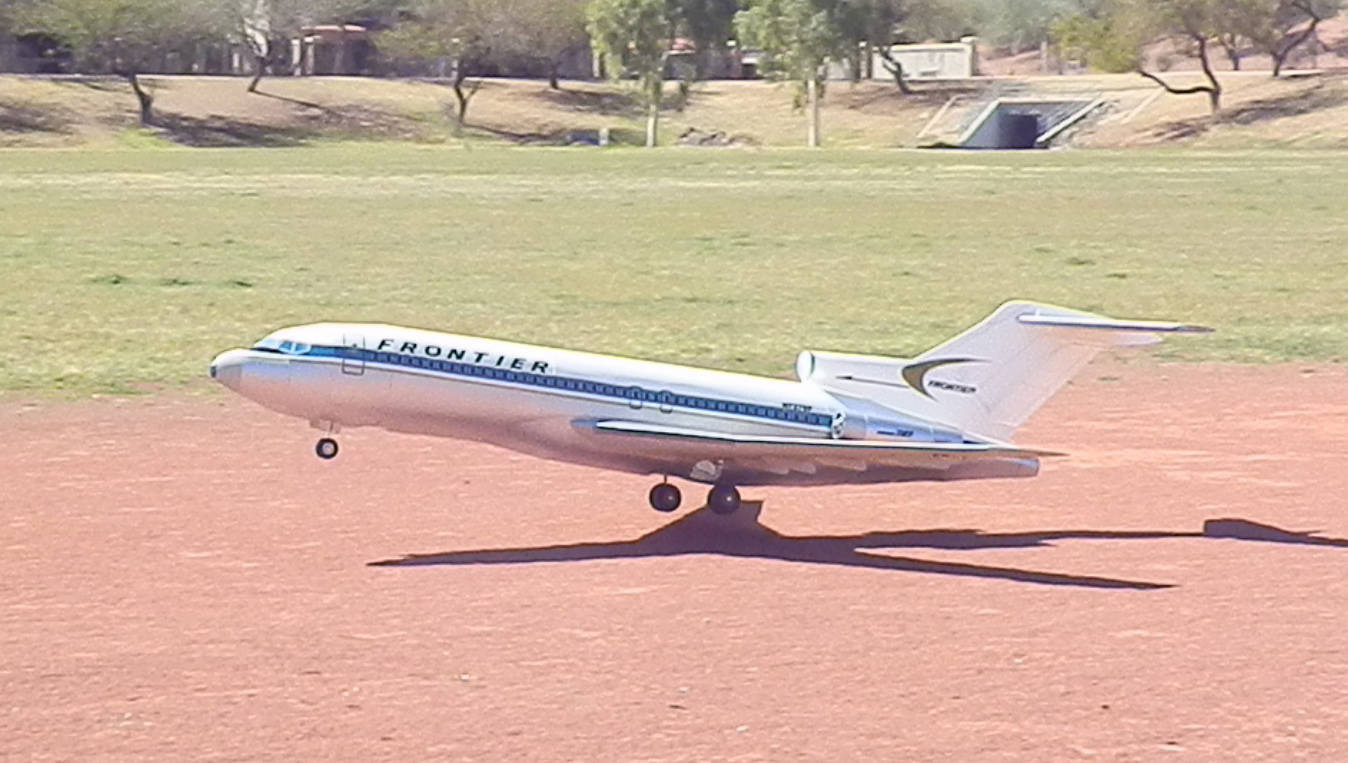 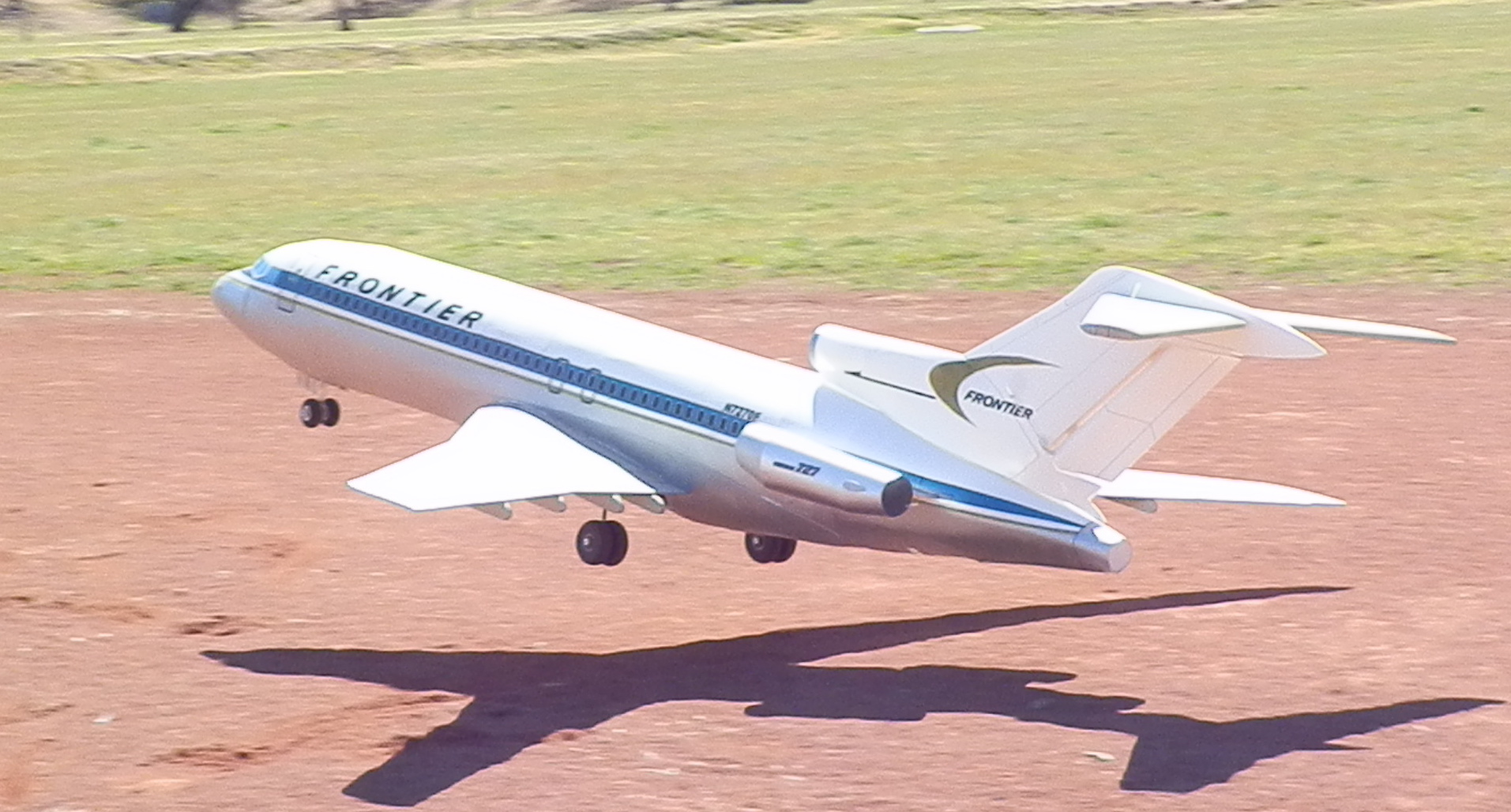 This is the Depron 737 with new engines/fans and being flown on 4 cell packs. Wicked, crazy thrust to weight ratio….. 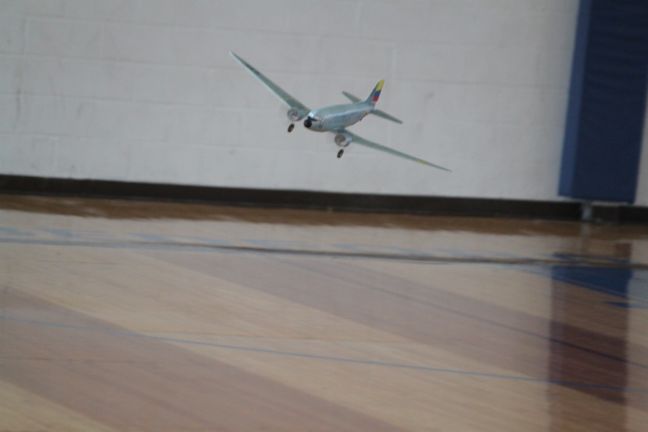 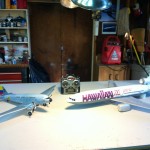 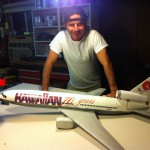 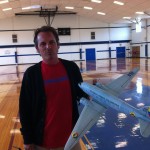 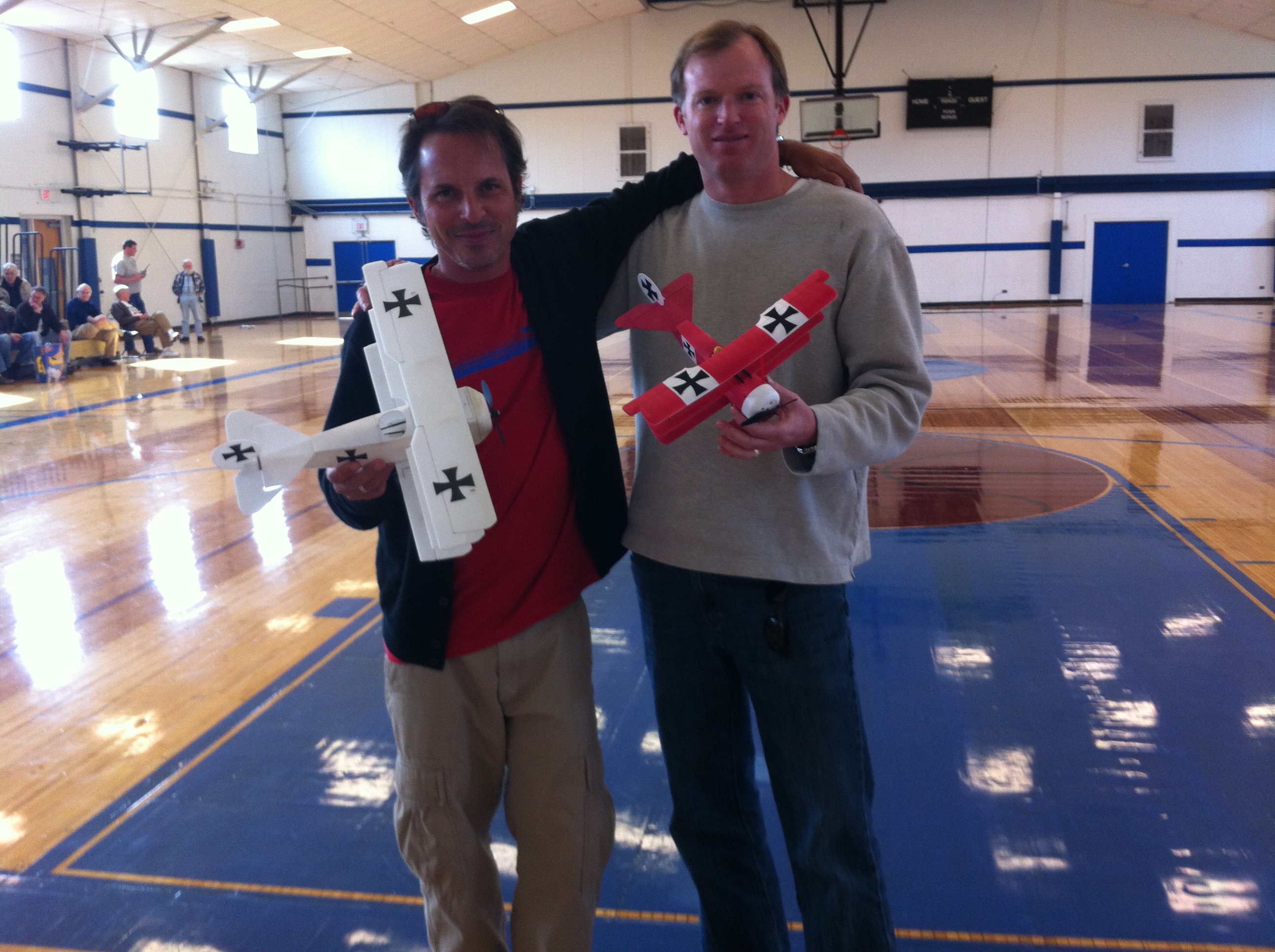 A few pics of some micro-airliner projects I’ve thrown together on visits home to Dallas. The first is a Colombian Air Force DC-3 that is built from slick Kinko’s printer paper and depron and uses 2 Parkzone micro Corsair engines and props. A one cell 160 mah pack flies the model in mixed power for around 5 minutes. It weighs 86 grams with battery. Servos and RX are straight out of the Micro Corsair. The Hawaiian DC-10 was a quickie I threw together in a day and half and it uses the same construction with radio gear and engine out of the Parkzone Mini Stryker. It weighs 189 grams using a 2 cell 240 mah battery. It flies alot like the Delta 727. Will have a video out on both in the near future. These were 2 fun projects that can be built for around $20 each (printing costs, CA, depron) minus radio gear, of course. 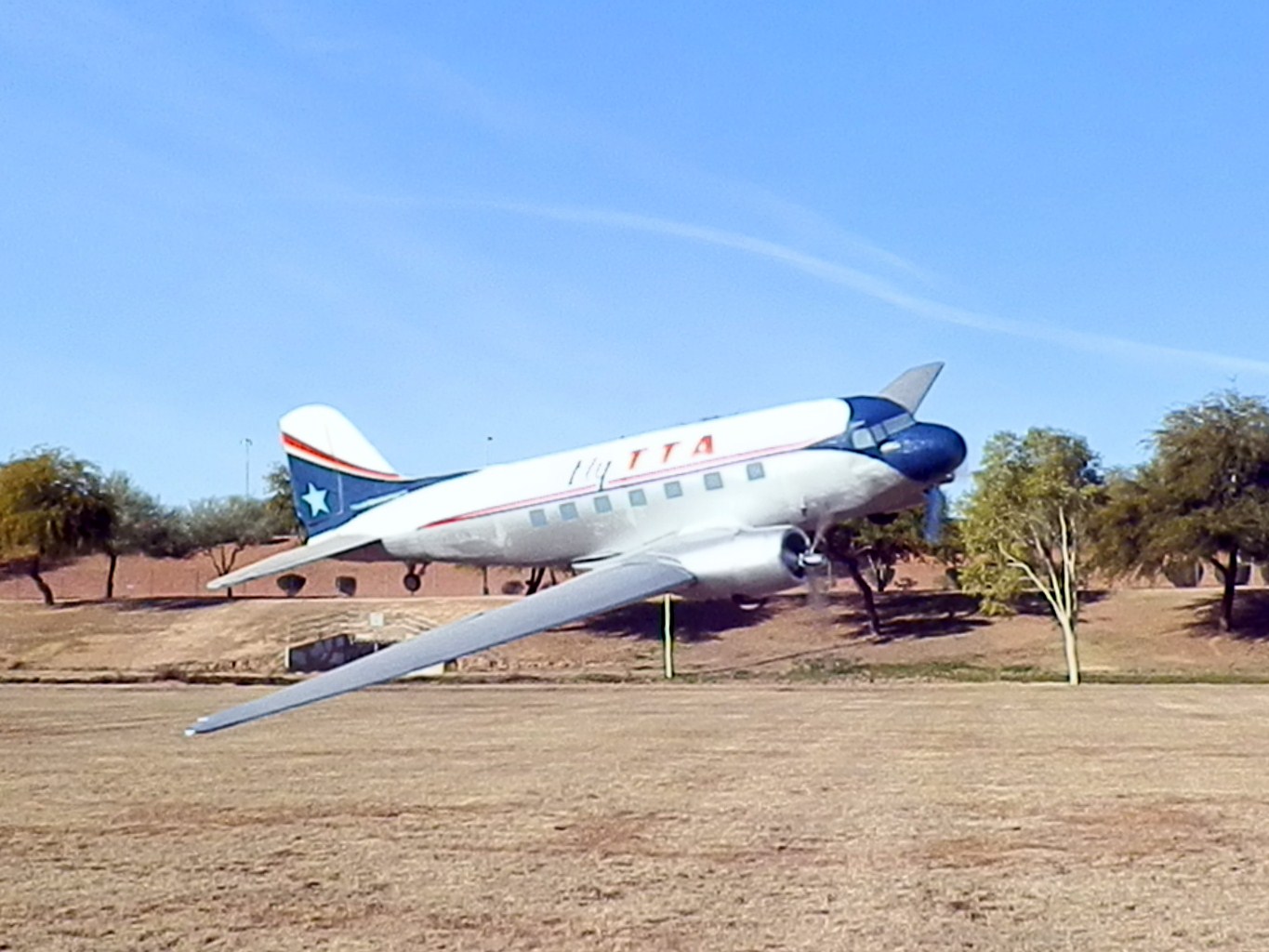